Oregano has been growing in our garden with abandon. It has grown well through the summer heat, and even the freezing winter cold snaps. I’ve had a single Greek oregano plant for over a year now, and it just keeps on giving 🙂 If you are looking for a hardy year-round herb to grow in your Phoenix garden, look no further than oregano!

Every few months, it finally gets out of control and needs a good trimming back. I trimmed it up again at the end of February as the coldest winter days were coming to an end. Now we are prepped for a good new growth season this spring!

As the oregano has grown, it has sent out shoots that have also taken root. It is gradually trying to take over the entire container I have it planted in 🙂 I decided to leave the new little plants rooted where they were this time, and just let them do their thing and keep on a-growing. I recently added some dill to the other half of the barrel the oregano is growing in. Dill is a new herb for me this season, but I have heard it grows like a weed here in the southwest desert. Given the robust growth of my oregano, I thought the two may make good companions. Time will tell, but hopefully both can grow in harmony together!

A quick update on the oregano plant. A year and a half later (September of 2020), this plant has completely taken over the barrel and is growing like crazy, with harvests every couple of months. We can hardly keep up, and have started giving it away to friends – even mailing some to friends out of state!

How to Preserve Oregano

Preserving the oregano from one of these larger harvests is really quite simple.

(If your leaves are too small to use a salad spinner effectively, just immerse them in a bowl of water. Swish them around a few times, drain and squeeze dry, and spread out on a towel for the final dry.)

After harvesting and washing, it’s time to dehydrate the oregano! I have dehydrated oregano in the oven,and with a dehydrator. The oven is much faster, and because of that the leaves tend to turn out more shriveled and browned. But, it still tastes delicious, and I used an oven to dehydrate my oregano for a long while before investing in a dehydrator.

To dehydrate in your oven, just spread the leaves out onto a baking sheet (or two). It’s OK if they are in a little bit of a pile, just stir around a few times while drying. Set the oven at its lowest temperature (175°F) and “dry” for about an hour. Check every 15-20 minutes, until the oregano leaves are nice and crispy!

After drying, I like to keep the leaves mostly whole, and just crush them as I use them. I think this helps keep the flavor fresh. However, if you are tight on space, you could crush the dried leaves into small usable pieces. I typically keep one portion out in a jar for easy use. If I have extra I will seal it with my food saver, without vacuuming down all the way. The oregano will keep well like this for at least 6 months (and probably longer), without noticeable flavor loss.

It is amazing what freshly harvested and dried oregano tastes like – it’s like a totally different herb! You really ought to give it a try. I add dried oregano to many things. From a sprinkling on fried eggs, to soups, marinades (like this whey-based marinade), taco seasoning (here’s my personal recipe for a homemade version), pizza, and more. The sky’s the limit!

So, if you don’t have an oregano plant growing in your backyard or on your patio, why not make that your next weekend project? 🙂 Most garden centers have an abundance of herb and vegetable selections right now, so grab a pot, some garden soil (oregano is not picky), and a little oregano seedling, and get to growing! 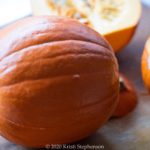 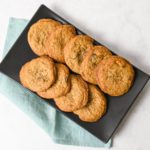